The Golden Age Of Classic Firearms 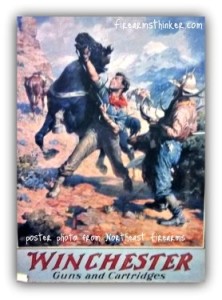 There are many opinions on what is the best Classic Firearms of all time and who made them. Many would consider the original lever action firearms of the late 1800’s to be the all time best. It was certainly a big step forward from the single shot rifles of that era. The lever rifles would now allow a man the ability to shoot several times in rapid succession.

The Winchester model 54 was one of the first classic bolt rifles in my opinion, but was still designed on a military action. Some of the European manufactures would produce commercial bolt rifles from their military rifles. Mauser would be one example. They would not be readily available to the average hunter or shooter of that time.

What is the definition of collectable classic firearms? We could be thinking of the legendary Winchester Classic rifles. Maybe the Savage rifles or Weatherby firearms with their unique styles. How about the  Remington Classic Firearms from the 50’s era. Or maybe one of the foreign company’s like the impressive line of Sako rifles? How about the great Ruger and Colt handguns of the 50’s and 60’s.

The best of these classic rifles and handguns would be from around 1945 till the mid 1960’s (IMHO). Of course some would be a little earlier and some a few years later.

But the 1950’s and 60’s would be in my opinion, the golden age of the classic sporting firearms. These would be the commercial made rifles, handguns, and shotguns that were made to sell to the hunting and shooting public. Some of the finest small arms ever made, were from this era.

It is not my intention of giving a lot of information on particular models and variations. But I am going to give information that is relevant to certain firearms and models that I feel are important to collectors and those interested in investing in these classic firearms.

I will give knowledgeable information about good collectible firearms and my experiences in the gunsmithing area of firearms collecting.

I will take certain firearms and models and give my opinion on why it is a good investment or a poor investment. I will also give information on firearms accessories from that era and why they may add or subtract from the guns value when added. As a gunsmith and salesmen in the 1970s through the 1990s, I was able to work on and sell many of these classic firearms.

Specific alterations and problems that are encountered with many of the firearms from that era will also be discussed. My intentions are to help those that are purchasing and investing in classic firearms to know what to look for before they make a decision to buy or not. Does it have collectors value or is it just a good hunting rifle.

Check out my Gun Ratings Page to help determine if your firearm rates with the best.

The use of scopes on hunting and target rifles would bring a whole new concept to the traditional way of hunting. Names like Weaver, Redfield, Leupold, Lyman, and Bushnell would become synonymous with hunting rifles and target shooters of that time

The decades after WW II became a high water mark for America’s ability to rise above the world around us. Our creative spirit was just amazing. The 1950’s and 60’s would be a period in time, when simple and functional would be combined with a distinctive flare in styling.

The classic hunting rifles, handguns, and shotguns would be just like the classic cars, movies, and music of that very defining period in our rich history. It would change our world forever. I would also say that the Golden age of America was in this time period. We had all of those modern conveniences and the ability to travel farther and faster than ever before.

You could buy a nice car for little money and still have the ability to work on it yourself. In the mid-1970s I would take a motor and transmission from a 66 Pontiac and install them both in a 64 Chevrolet. Installed motor mounts and transmission mounts and shortened the driveshaft. All when I was 17 years old. A great time to live in the Golden age of America.

The symbolic shooting iron would be ingrained into the very fabric, traditions, and history of America. They would become a symbol of freedom and independence that we have always held so dear.

And of course firearms have become like the classic cars of that time, and some have become very collectible. They could be Remington Classic rifles, or Browning guns, or one of many others. People love to have and appreciate them. Something you can have and hold, and gives you satisfaction and value at the same time.

Working in the firearms world at that time was a very rewarding experience for me. Many hunters and shooters would have enjoyed a job where every day you are involved with some form of gun related activities. Going to the wholesaler to pick up firearms and supplies. Holding a new firearm that was just released to the public. Access to all the new accessories that many people are anxious to see. Getting to shoot all kinds of rifles and handguns. And of course I would get to know and become friends with some great hunters and Classic Firearms Collectors.

Are those classic small arms and accessories a good investment? Why are some better than others? What makes them stand out? How do you care for your collectible Guns? Has your Colt guns been restored or worked on? Your Marlin lever, or your Ruger handgun? How can you tell? And what can you do about it, or cannot do?

Was it worked on by a reputable gunsmith or by a bad amateur? Was it originally drilled and tapped for a scope? What kind of scope mounts were put on it? Did they alter the gun to install them? If this is information you can use, then this is the place for you..

And who am I? Click on the ABOUT ME button to find out. And you will know why I have the expertise to write about the true classic firearms, of our hunting and shooting past.

I have updated the home page at firearmsthinker.com. (12-30-2019) at this writing. With all that is happening in the United States today, we can definitely say the gun world has changed also. Many of the firearms purchasers are now focusing on personal protection and military style firearms.

The mindset of the gun purchaser is of a total 180 degree turn from what our fathers and grandfathers had. From filling the freezer with venison to filling the bug out room with MRE’s and 5000 rounds of ammo. The old timers would never have considered what our time has turned into.

I am not saying that we should not be prepared for any situation. Protecting our families and what belongs to us is something I definitely agree with. But maybe some of those Collectable Classic Firearms will do the job if the need should arrive. Maybe a new article around this topic in the next month or two.

The golden age is indeed what the 50’s and 60’s were to those that grew up and lived in that very special time. The 1970’s would fit in as well.

Started to do some articles on individual years and what was introduced by firearms manufactures and scope company’s in those years. I started out with the year of 1955 (one of the best) in December of 2017. Added the year of 1953 in January of 2018. Always glad to get feedback on my articles. Lot of info on this site and updates or corrections are always welcome. Added the Best Guns of 1964 and the Elite Firearms of the Late 60s. Feel free to check them out and let me know what you think. My contact link is just below. 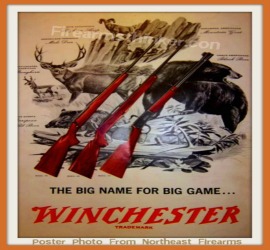 ELITE FIREARMS OF THE LATE 1960s